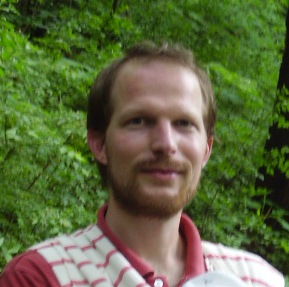 Tamás Karáth is reader of Medieval English Literature at the Institute of English and American Studies of Pázmány Péter Catholic University. He graduated from Eötvös Loránd University, Budapest at the Departments of English and History in 2001. In 2002 he obtained an MA degree in Medieval History at Sorbonne, Paris. In 2004, he finished his doctoral studies in the Medieval English Literature Program of the Doctoral School of Literary Sciences at Eötvös Loránd University. His dissertation, defended in 2008, analyses the reflections on institutional education and intellectual quests in late medieval English literary texts. As part of his doctoral research, he pursued studies in Munich (Ludwig Maximilian University, 2000), in Paris (Sorbonne and Ecole normale supérieure, 2001-2002) and in Oxford (ESSE bursary, 2005). His post-doctoral research focuses on medieval drama and theatre (English and French mysteries), late medieval devotion, orthodoxy and heterodoxy in late medieval England, and Franciscan spirituality in the Middle Ages. He published a monograph related to the 15th-century translation of Richard Rolle's works (Brepols, 2018). This research project was supported by the Bolyai János Scholarship of the Hungarian Academy of Sciences (2009-11, Budapest), the Eötvös Scholarship of the Hungarian State (Cambridge, 2012), the fellowship of the Nanovic Institute for European Studies (University of Notre Dame, Indiana, 2013), and the scholarship of the German Academic Exchange Service (Ludwig Maximilian University, Munich, 2015). He has established research cooperations and Erasmus exchanges with Denis Renevey (University of Lausanne), Alessandra Petrina (University of Padua), and Christiania Whitehead (University of Warwick). In frames of this research collaboration, he is founder of the annual international workshop series "Research Days in Medieval English Studies". He habilitated at Pázmány Péter Catholic University in 2016.

He has been teaching in the Institute of English and American Studies since 1999. He gives courses on British and American history and civilisation, medieval English literature, and medieval civilisation. Besides his academic life, he is much devoted to his family, chamber music (which he does actively in quartet and orchestra), and literary translations. He is the Hungarian translator of Richard Yates and of Julian Barnes' The Sense of and Ending.

For a full list of my English-language courses, see the list of courses on my Hungarian profile:

Course descriptions are uploaded in English under the respective course code and title. 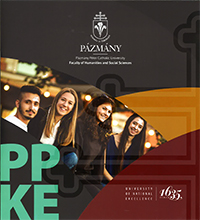