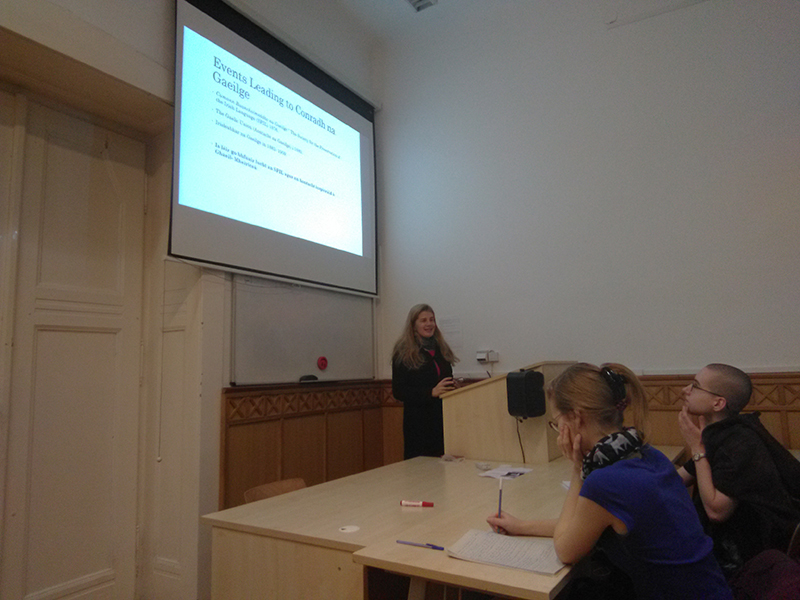 On Thursday afternoon, November 29, Dr Sorcha De Brún of the University of Limerick in Ireland delivered a lecture to students of Irish History on the BA programme at the Department of English Literatures and Cultures, PPKE. Dr De Brún is a lecturer in Irish language literature at the University of Limerick. She began by discussing the origins of the movement to protect and support the Irish language during the second half of the nineteenth century. The Irish Famine of the mid-nineteenth century affected those areas of Ireland where the Irish language was used most widely. Dr De Brún drew attention to the fact that the first organisation to promote and protect the Irish language was founded in America in the 1870s, as enormous numbers of native Irish speakers had emigrated to America during and after the years of the Great Famine in the 1840s. Then Dr De Brún discussed the foundation of Conradh na Gaeilge (the Gaelic League) in Dublin in 1893 by the scholar, Douglas Hyde, a graduate of Trinity College Dublin and a son of a Protestant Church minister. Dr De Brún pointed to the importance of Hyde’s 1892 lecture, ‘The Necessity of De-anglicising Ireland’: a key event that prompted the foundation of Conradh na Gaeilge the following year. Dr De Brún said that there were approximately 800,000 Irish-language speakers in Ireland by the 1890s, when Conradh na Gaeilge was founded. Dr De Brún then discussed the Irish-language plays that were written and performed by leading members of the Irish language organisation. She focused on two plays in particular: Douglas Hyde’s Casadh an tSugáin (The Twisting of the Rope) (1901) and a play by the Irish Jesuit priest Patrick Dineen, Creideamh agus Gorta (Faith and Famine) (1901). Dr De Brún discussed the debate around the Irish-language plays of Conradh na Gaeilge. This debate arose from the opinion that the plays were simply a means of promoting the Irish language that were lacking in artistic quality. As Dr De Brún pointed out, not all held this opinion of the plays of the Gaelic League. The lecture was concluded when Dr. De Brún showed students the website for the Irish language television station, TG4. She drew attention to the growth in the number of short films in recent years that are being made in the Irish language. 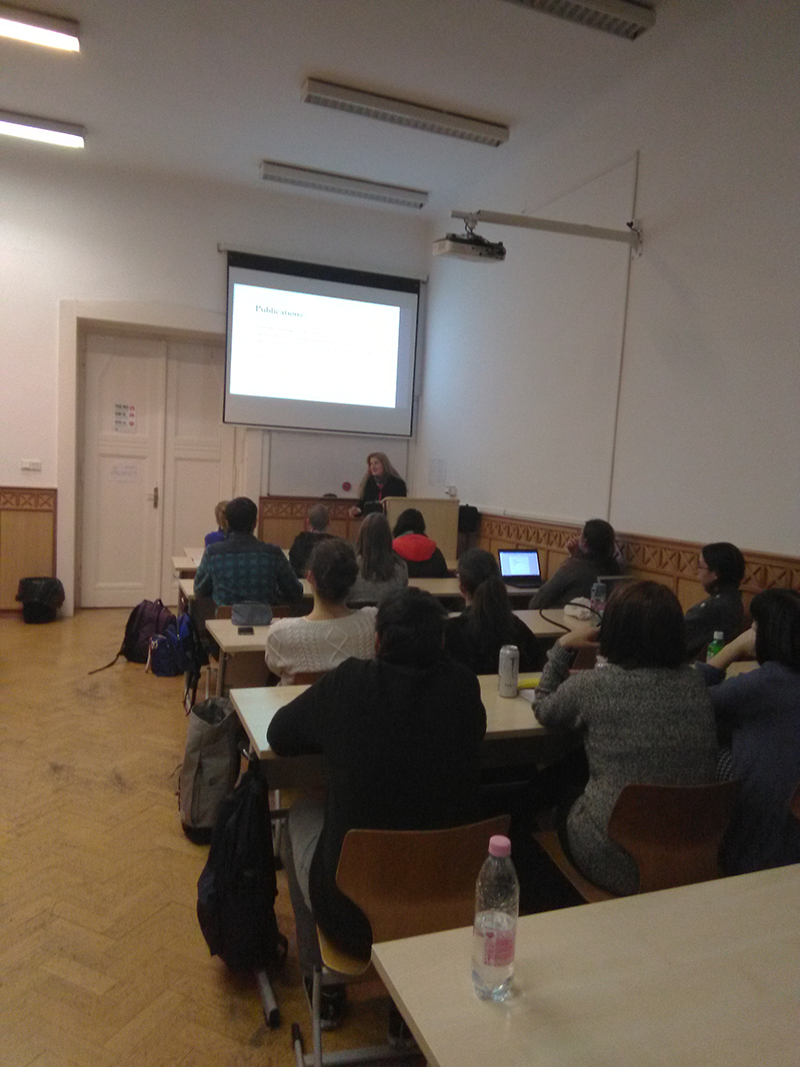