The Poles and the Armenian Genocide March 14, 2019 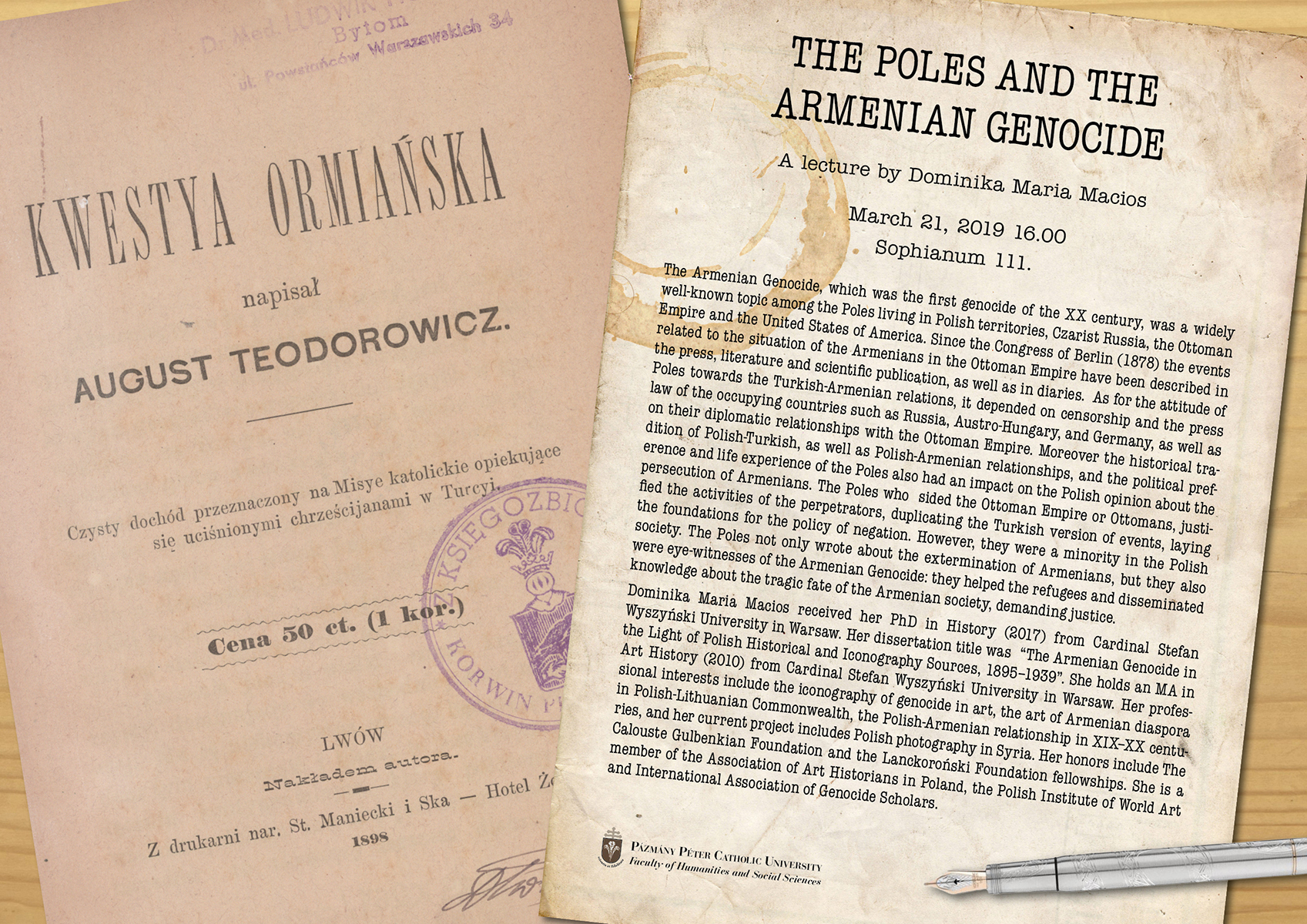 The Armenian Genocide, which was the first holocaust of the XX. century, was a widely known topic among the Poles living in Polish territories, Czarist Russia, the Ottoman Empire and the United States of America. Since the Congress of Berlin (1878) the events related to the situation of the Armenians in the Ottoman Empire have been described in the press, literature, and scientific publications as well as diaries. As for the attitude of Poles towards the Turkish-Armenians relations, it depended on censorship and the press law of the occupying countries such as Russia, Austro-Hungary, and Germany as well as their diplomatic relationships with the Ottoman Empire. What is more, historical tradition of Polish-Turkish relationship, as well as Poilish-Armenian relationship, political preference and life experience of the Poles, also had an impact on Polish opinion about the persecution of Armenians. The Poles who were symphatizing with the Ottoman side, justified the activities of the perpetrators, duplicating the Turkish version of events, laying the foundations for the policy of negation. However, they were a minority in Polish society. The Poles not only wrote about the extermination of Armenians, but they were also eye-witnessed of the Armenian Genocide: they helped refugees and disseminated knowledge about the tragic fate of Arnmenian society, demanding justice.

Dominika Maria Macios received Ph.D., in History (2017) from Cardinal Stefan Wyszyński University in Warsaw. Her dissertation title was The Armenian Genocide in The Light of Polish Historical and Iconography Sources, 1895-1939. She holds MA in Art History (2010) from Cardinal Stefan Wyszyński University in Warsaw. Her professional interests include the iconography of genocide in art, the art of Armenian diaspora in Polish-Lithuanian Commonwealth, Polish-Armenian relationship in XIX-XX. c., and her current project includes Polish photography in Syria. Her honors include The Calouste Gulbenkian Faundation Followship and The Lanckoroński Foundation fellowship. She is a member of The Association of Art Historians in Poland, The Polish Institute of World Art an International Association of Genocide Scholar.