The second Transnational Project Meeting was held in Budapest on 19-20 November, 2019.

Our strategic project team was trying to remember things past and explore future events during the second Transnational Project Meeting from 19 to 20 November 2019 in Budapest; joint work started two years ago with the participation of 13 universities across Europe, the final third of which we have reached. Besides the overview of work done so far in the frame of the project focusing on the popularization of literature and searching for responses to new reading strategies, we revised the tasks ahead of the consortium in the final third of the funded period of the project. 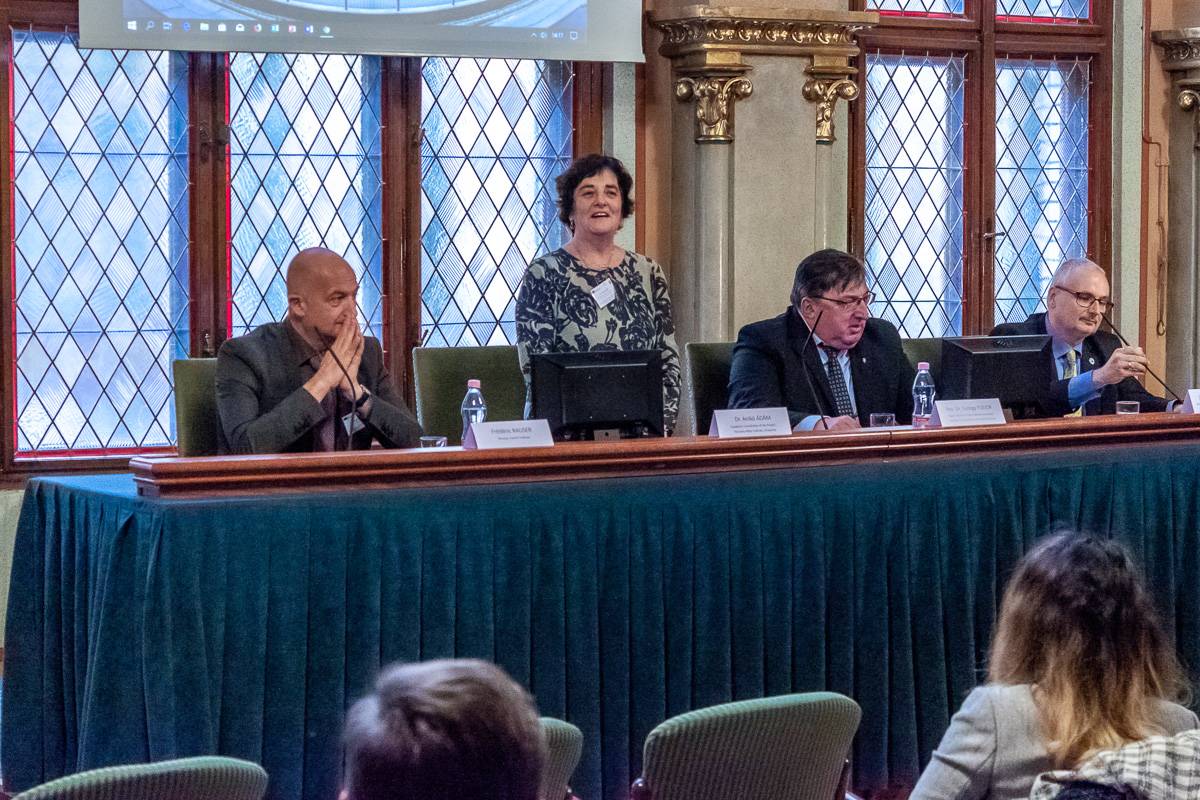 The two-day event kicked off with the English words of Prof. Dr. János Frivaldszky, Vice-Rector for International and Scientific Affairs in the Ceremonial Hall “St. John Paul the 2nd”, followed by a greeting in French from Prof. Dr. György Fodor, Dean of the Faculty of Humanities and Social Sciences. Monsieur Fréderic Rauser, Director of the French Institute in Budapest, the representative of French cultural diplomacy, who had attended our project events for the second time spoke highly and encouragingly about the program to the audience. Dr. Anikó Ádám Head of the Institute of Romance Studies, the host of the event, and coordinator of the project rounded off the opening ceremony by introducing the project and summarizing achievements. 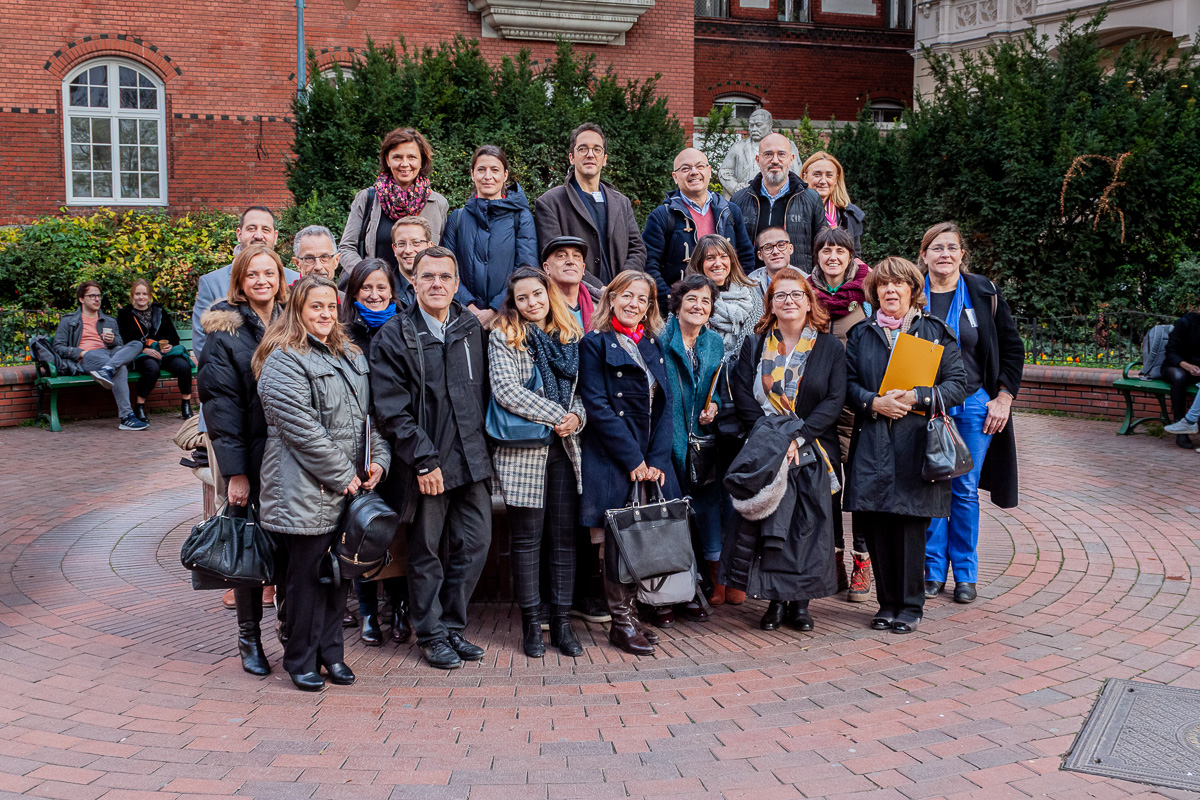 We made an overview of the tasks ahead of us based on these reflections, and the commitments we made in our application in 2017. During the mainly administrative-focused sessions, we reviewed the finances and the documentation of the project, outlined internal and external quality assurance duties, and our dissemination tasks, which are largely emphasized by the European Commission. The evening concluded with a delicious dinner in Károlyi Restaurant. 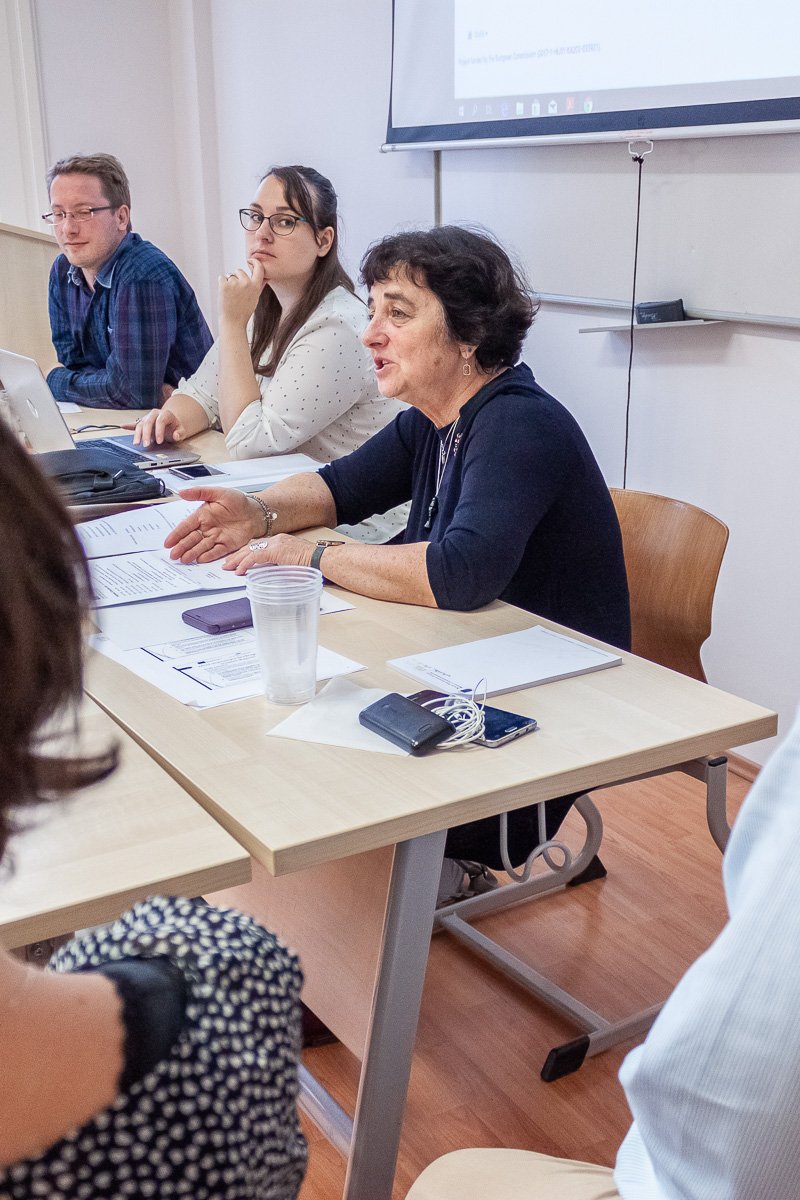 On the second day of the meeting, the discussion of academic topics came forward, namely the intellectual output and related issues, and the administrative and professional aspects of the learning, teaching, training (LTT) activities and the multiplier event in the final period of the project. Also, the representatives of the Univesrsitat de València and the Universidade do Porto introduced the locations and proposed programmes of the LTT’s. The event was very successful both in terms of administrative and academic aspects. It ended with a magnificent cultural programme: after the project-introduction from Dr. Anikó Ádám, 130 participants attended the concert of piano artist László Baranyay in the concert hall of the French Institute. 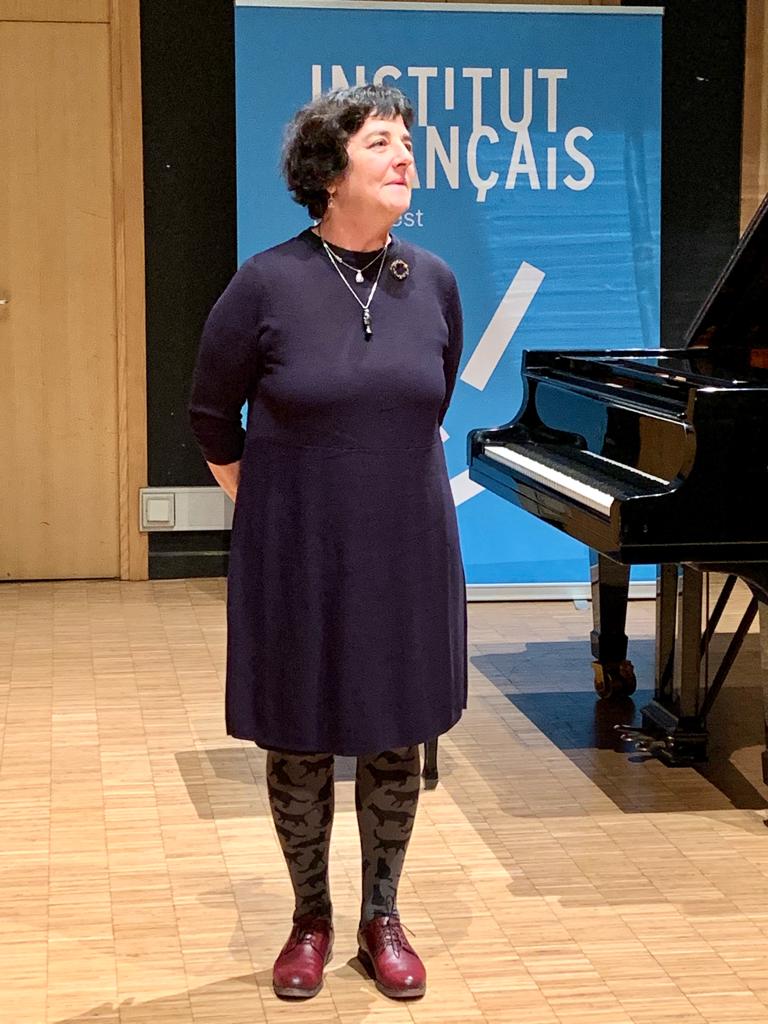 We, the project team, are very grateful for both the French Institute and Pázmány Péter Catholic University for their support!