Zsolt Almási is associate professor in the Institute of English and American Studies, Pázmány Péter Catholic University, Hungary. His book, The Problematics of Custom as Exemplified in Key Texts of the Late English Renaissance came off the press in 2004. He is the co-editor of journals (International Journal of Digital Humanities), Digitális bölcsészet (Digital Humanities) and was co-editor of books with Mike Pincombe, Writing the Other. Humanism versus Barbarism in Tudor England, (2008) and New Perspectives on Tudor Cultures. (2012). He is head of the Department of English Literatures and Cultures, founding member and chair of the English Renaissance Research Group at PPCU, executive secretary of the Hungarian Shakespeare Committee. His current research projects and publications focus on Shakespeare, Shakespeare in the contemporary Hungarian theatre, digital Shakespeare and digital textology.

Gabriella Reuss is senior lecturer in the Institute of English and American Studies at Pázmány Péter Catholic University in Hungary. Her research focuses on theatre and puppet theatre performances of Shakespeare. As a performance critic she is interested in stage history and deals with performance related documents such as playtexts and promptbooks. She has published widely in journals and co-edited a collection of essays. Her first monograph published by L'Harmattan, 2017 was prompted by a unique finding, Macready's 1834 promptbook of King Lear. She is a member of the European Shakespeare Research Association (ESRA), the English Renaissance Research Group at PPCU, and the Hungarian Shakespeare Committee. In the V4 project her responsibility is to cover the field of puppetry/Shakespeare in Hungary with her research and to relate it to the Central-Eastern European puppetry/Shakespeare context.

Kinga Földváry is senior lecturer in the Institute of English and American Studies at Pázmány Péter Catholic University in Hungary. Her research focuses on Shakespeare film adaptations, and she is currently working on a monograph under contract with Manchester University Press. She has published widely in journals and edited collections, and (co-)edited five volumes of essays. In the V4 project she investigates Hungarian productions of Shakespeare's history plays and examines their reflections on contemporary socio-historical reality. She is also a member of the English Renaissance Research Group at PPCU, the Hungarian Shakespeare Committee and the Tudor Symposium, and vice-president of the Hungarian Society for the Study of English.

Dr. habil. Natália Pikli is Senior Lecturer at the Department of English Studies, ELTE, teaching Shakespeare, reception, theatre, popular culture. She publishes theatre reviews, and is a guest lecturer at the Hungarian University of Theatre and Film Arts. She is the President of the Hungarian Shakespeare Committee, the mission of which is to bring together academics, teachers, translators and theatre practitioners to communicate the Shakespearean oeuvre to the public. She is a member of several international Shakespeare associations (ESRA, BSA, ISA, BVSN) and is author of the book The Prism of Laughter: Shakespeare's "very tragical mirth", editor/co-editor of 4 books. She published numerous book chapters and articles on Shakespeare both in English and Hungarian (Shakespeare Survey, The Journal of Early Modern Studies, The European Journal of English Studies, Shakespearean Criticism 85).

Dr. Kornélia Deres is a Lecturer at the Institute of Hungarian Literature and Cultural Studies, ELTE. Between 2015 and 2018 she was an assistant professor at Károli University. In 2019 she is a guest lecturer at the University of Vienna. She has published several articles on contemporary theatre, including the repertoire of Shakespeare in European and American theatre. She is co-editor of 4 books as well as author of a monograph (Képkalapács, JAK-Prae, 2016) touching upon the issue of intermediality and theatre. She initiated the book series 'SzínText' including drama volumes and edited collections on theatre. She is a member of the Committee on Dramatic Studies and Cinematography at the Hungarian Academy of Sciences, the International Federation for Theatre Research, and the Hungarian Shakespeare Committee. She has been awarded with the DAAD Research Grant (2013), the Visegrad–OSA Research Fellowship (2018), and the Humboldt Postdoctoral Fellowship (2020/21).

Jacek Fabiszak is Prof Habil. at Adam Mickiewicz University, Poznan, Poland. He has published over 60 articles on Shakespeare, and on Polish Shakespeare in particular. He is the author of Shakespeare's Drama of Social Roles (2001), Polish Televised Shakespeares (2005) and co-author of Leksykon Szekspirowski (2003). He is highly experienced in editing and publishing: e.g. he co-edited Czytanie Szekspira (2004) His experience in disseminating our findings (especially in Phases 3 and 4) will be very important: as the former treasurer of ESRA (European Shakespeare Research Association, 2011-2019), President of Polish Shakespeare Association (2018-), member of Deutsche Shakespeare Gesellschaft and International Shakespeare Association, co-organizer of the 2017 ESRA Congress in Gdańsk he will be invaluable for the project to reach out to academics worldwide as well as to a wider audience.

Prof Dr Péter Müller, director of the Theatre Studies Program, director of the Doctoral School in Literary Studies at the University of Pécs, and of the Committee of Theatre Studies and Cinematography at the Hungarian Academy of Sciences. He has international research and teaching experience in the UK, USA, Finland, Poland, Romania, and Serbia; he is author of several articles and 10 monographs; editor/co-editor of 11 books, including the series "Library of Theatre Studies". Most of his work focuses on Shakespeare or English or Hungarian theatre and drama. In this project his research will focus on the altering interpretations of Hamlet staged in the 1980s and the 2000s, also examining the stage structure and its effect on recent Shakespeare production in Central and Eastern Europe. As a senior theatre scholar, his experience is invaluable for the research and the dissemination as well.

Dr Šárka Havlíčková Kysová is a theatre studies scholar and a linguist, and editor-in-chief of the journal Theatralia, therefore her participation in the project is essential as the key contact person to the journal that will publish the findings of the project in a special issue. She is a member of the working group Shakespeare 30 years after, an organizer of the international conference „Czech and Slovak Scenography for Shakespeare" (2016), co-edited the special issue of Theatralia 2018/2 on the same topic, based on an international project (Ohio State University, VŠMU Bratislava, University Hull, 2015-2017). Her research and publications focus on operatic Shakespeare, an exclusive area that only she represents within the project, but also on Czech staging practice of opera, on structuralist and cognitive approach to theatre / opera analysis, which also makes her an invaluable asset.

Anna Kowalcze-Pawlik, Ph.D. is an assistant professor of English at the Tischner European University, and a member of several international research groups. As a member of ESRA, BSA and ISA, and vice-president of the Polish Shakespeare Association, she is a regular participant or organiser of national and international conferences. She was principal investigator in 3 state-funded projects on Shakespearean drama, and has published widely on the reception of Shakespeare in Poland, Sh. in translation and in popular culture; she is editor of the peer-reviewed journal Culture and Politics. In the current project she will concentrate on the changes in the Polish reception of The Tempest as reflected in translations and stage productions. Her expertise in international project coordination and administration makes her an invaluable asset to the project.

Prof. George Volceanov is a leading authority in Shakespeare translation and Shakespeare studies in Romania, a founding member of ESRA, a versatile literary translator from English and Hungarian, as well as a reputed lexicographer in the field of English, Hungarian and Romanian slang, which make him an essential project member. He is author of three Shakespeare monographs, including The Shakespeare Canon Revisited (Niculescu, București, 2005), and dozens of articles. He is editor, co-editor and translator of various Romanian editions of Shakespeare's Works. He was organizer of the international conference 'Shakespeare in Romania, Shakespeare in the World' (Bucharest, 2016), and team leader in the international translation conference 'Shakespeare Lives in 2016', organized by the British Council, the British Centre for Literary Translation and the Globe Theatre (Cologne, 2016).

PhDr. Ivona Mišterová, Ph.D. is a member of the working group Shakespeare 30 years after, and the group analysing Shakespeare productions and translations in the Czech Republic; a member of ESRA, and a regular participant at Shakespeare conferences. She is a senior lecturer in English Literature at the University of West Bohemia in Pilsen; between 2011 and 2018 she was leading researcher in 3 research projects (funded by GAČR and SGS) focusing on various aspects of drama and theatre, always with a focus on Shakespearean performances. She is the author of many articles and monographs on the translation and reception of Shakespeare in the "Czech lands", e. g. Inter Arma Non Silent Musae, 2017; British and American Plays on Pilsen Theatre Stages, 2015; and Shakespeare in Pilsen (2005); her expertise in Czech Shakespeare and in long-term research projects fully justify her participation.

Prof. Dr Nicoleta Cinpoes is Head of English, Media and Culture at the University of Worcester, UK, where she also directs the Early Modern Research Group (EMRG). Her scholarship and experience in pan-European Shakespeare studies which resulted in events, regular seminars and key publications naturally led joining the steering group of the Shakespeare in CE: 1989-2019. She is now a Board member of ESRA, the organizer of ESRA's highly successful 2015 Congress in Worcester, advisor of the 2017 Congress in Gdansk, and the initiator of Shakespeare in Performance ESRA Seminar within the International Shakespeare Festival, Craiova, Romania, a platform for biennial scholarly exchanges. She had a key role in initiating and setting the directions of the project's research. The project also counts on her overview of the field, and her expertise in targeting and disseminating the results. 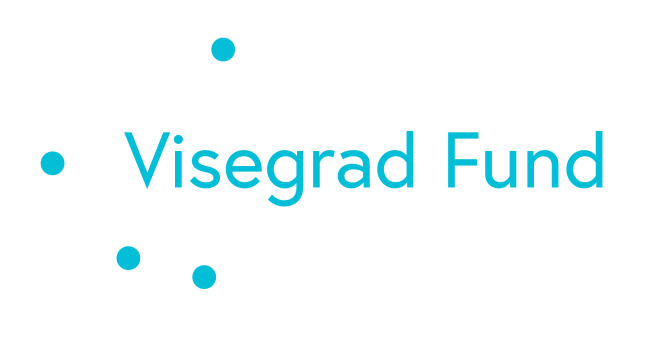