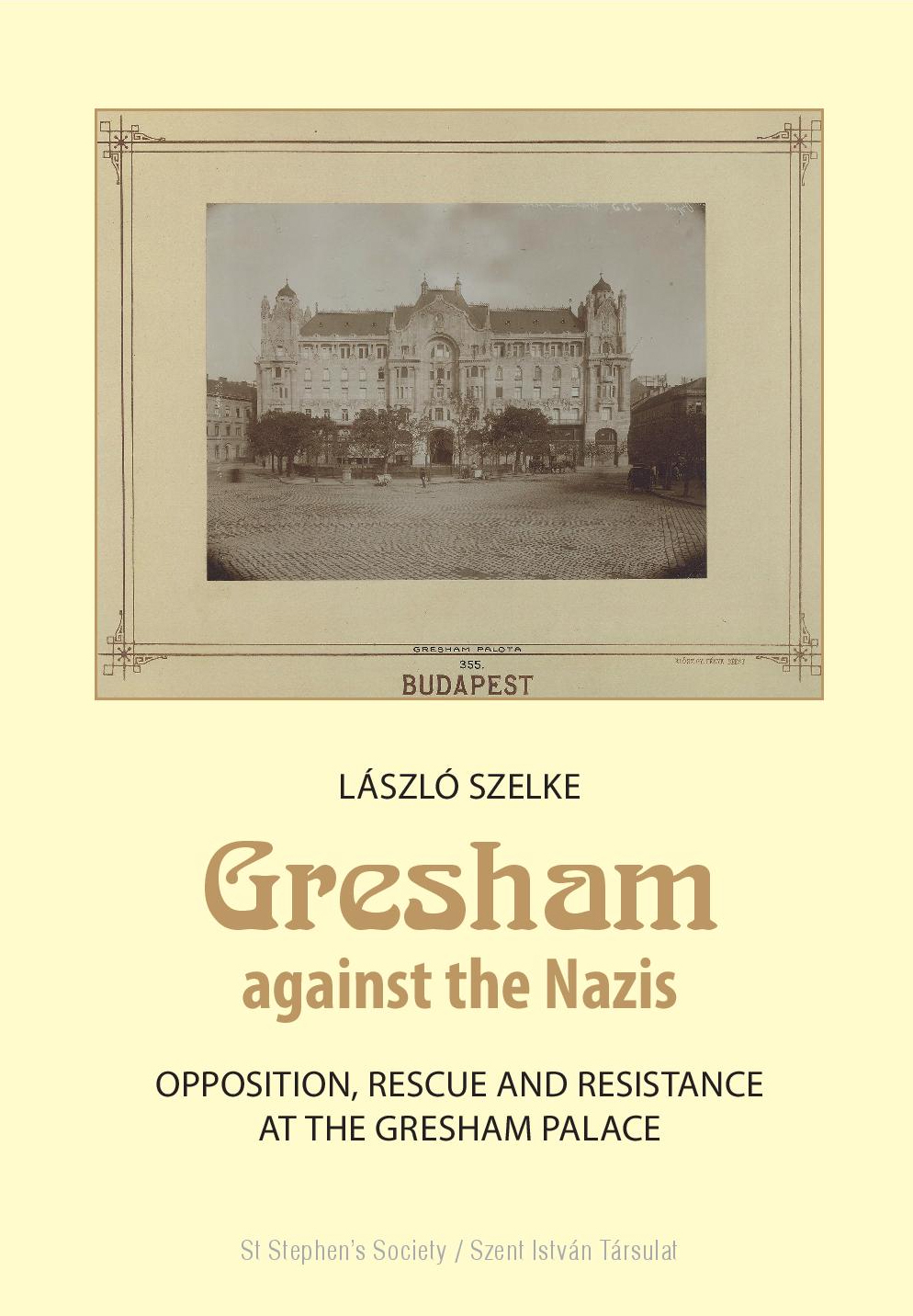 Gresham against the Nazis is a book about a building and its residents in Budapest standing in the center of twentieth-century liberal-opposition activity, anti-Nazi intellectual resistance, secret diplomacy and wartime rescue activities in Hungary.

Located in the heart of Budapest, near the famous Chain Bridge, the building of the Gresham Palace, known for its notable confectionery, saw glamorous and horrible historical events and holds many secrets of the 20th-century Hungarian history.

In his new book, László Szelke, teacher at the Department of History, Pázmány Péter Catholic University, follows the history of the Art Nouveau palace from its predecessor to its renovation and conversation into a luxury hotel in the 2000s. Beside the building itself, he also focuses on the people who lived, worked, or madetheir shopping there. These included legendary figures like Mihály Kertész, the film director of Casablanca who also worked at a film studio here before immigrating to the United States. Simon Papp, an expert in Hungarian oil explorations and director of American-Hungarian oil companies who worked in the building and witnessed the killings of Jews at the Danube Bank from his office window. Dring WWII the Gresham served as a prominent site of anti-Nazi resistance and rescue activities in Hungary. The author describes the Hungarian anti-Nazi resistance endeavors and peace initiatives. During the war, the Swedish diplomat and rescuer of tens of thousands of Budapest Jews, Raoul Wallenberg established close contacts with the most important Hungarian national resistance organizations, including those located at the Gresham.

László Szelke PhD is senior lecturer at the Department of Theories of History, Methodology and Didactics at Pázmány Péter Catholic University, Faculty of Liberal Arts and Social Sciences. His field of research is Hungary's history and society in the 19-20th centuries.