Lee Beaudoen Ph.D, lecturer at one of the most respected universities in the United States, University of California, Los Angeles, will teach at our Faceulty during the 2019/2020 academic year. 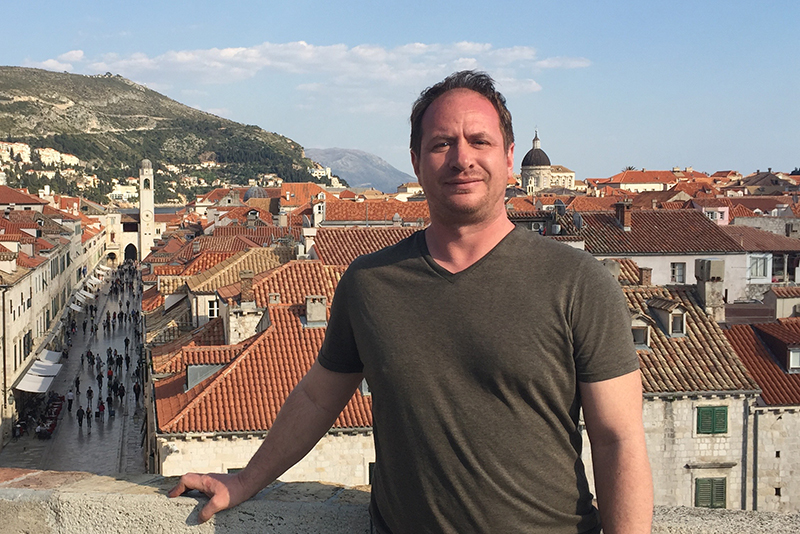 Trained as a cultural historian of the Middle East and Mediterranean, Dr. Beaudoen’s research focuses on the Byzantine and Ottoman periods. In particular, his research focus on the Ottoman Mediterranean and Central Europe emphasizing the themes of imagined histories, historical narrative, conceptions of kingship and Empire, historiography, and history of scholarship. His dissertation entitled Mirrors of the World: Alexander Romances and the Fifteenth Century Ottoman Sultanate contextualizes the Ottoman Alexander Romances into the broader context of the textual production Alexander Romances. While at UCLA, he has worked with both the Department of Near Eastern Studies and the Department of Slavic, Eastern European and Eurasian Languages where he has studied Classical Armenian and Armenian Studies and Hungarian,. He has taught courses and graded students in courses on the Middle East, Mediterranean, Byzantine and Ancient History.  In 2015-16, he was a junior research fellowship at the Research Center for Anatolian Civilizations in Istanbul, Turkey. Lee has studied in the Department of Turkish Language and literature in Boağazici University in Istanbul and has been a visiting graduate student in the History Department at Central European University in Budapest.

We offer the following courses in English during the fall semester and we recommend to students who are interested in either the subject or the American way of thinking, scientific methods. Take one of the courses by Professor Beaudoen.

History of the Armenians from the beginning until the Medieval Period

This lecture course will focus on the historical narrative of Armenia from the earliest dates of habitation through Cilician Kingdom of Armenia.  The course will provide an excellent framework for students interested in Antiquity and the history of early Christianity.

How did formation of the Ottoman State, its administration and structures interact with the Ottoman Borderlands? Ottoman expansion and consolidation in Europe and Asia, the Mediterranean Sea and the Black Sea, the Arab Provinces and the Indian Ocean will then provide the geographic parameters for discussing Ottoman liminal spaces.This course will provide a strong background for anyone interested in Borderlands and empires in the Middle East, Central Europe and the Mediterranean.

Readings for the Social Sciences: Empires and Nations through Time and Space

The course will provide a broad theoretical foundation for students interested in History, International studies, Political Science and Area Studies. Course assignments and discussions will focus on critical evaluation of the readings and developing a set of analytical and interdisciplinary tools for research at the graduate level.